The Baseball Hall of Fame and Museum, first of its kind in Japan, was opened in 1959 next door to Korakuen Stadium, the mecca of professional baseball in Japan. The stadium gave way to the Tokyo Dome in 1988. In the same year the museum moved to the present site within the Tokyo Dome. The new museum is twice as large as the old one. Its purpose is to contribute to the development of baseball in Japan through dedication of baseball greats–players, executives, and umpires– as Hall of Famers and the exhibition and collection of as many memorable baseball materials as possible, including various kinds of baseball literature.
Now join in our baseball tour, won’t you? 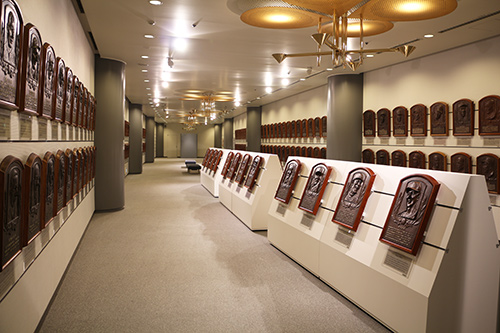 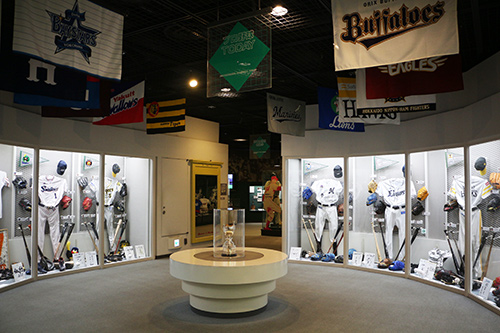 Many precious data and artifacts are on display under such titles as “Professional Baseball Today,” “Star Players in the History of Baseball,” and “History of Professional Baseball.” They are featured by items concerning historic pro players and more than 100 artifacts used by representative pro players of the two leagues. The history of pro baseball since 1936 can be traced by various kinds of exhibits and statistical data. It is represented by winning trophies, photographs and artifacts showing the history of Student (high schools and universities),Club, Rubber, Boys’ and Women’s Baseball. On display now are uniforms worn by the so-called SAMURAI Japan teams participated in the Olympics and World Baseball Classic. 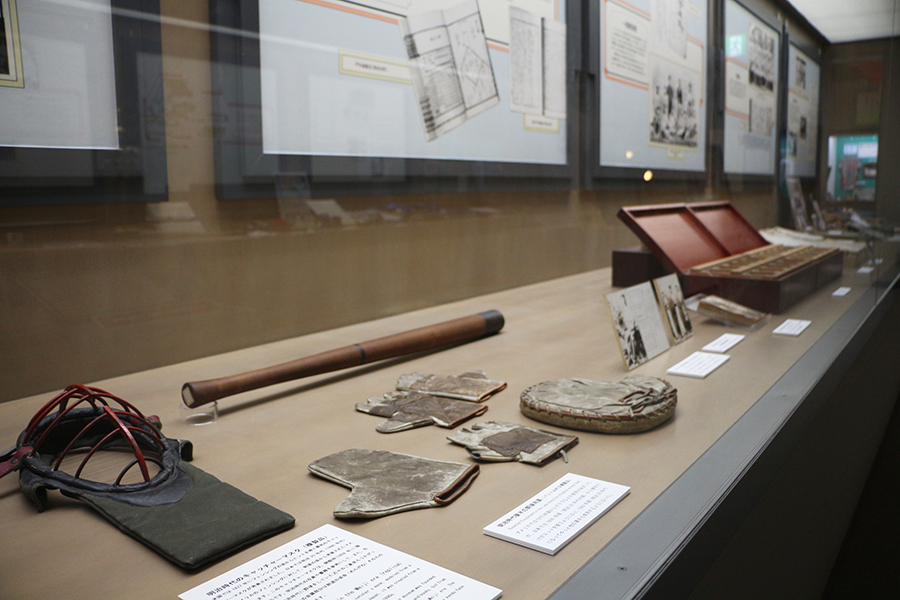 One theme here is to trace the origin and development of baseball in America, The other is the introduction of baseball to Japan and its development there. They are highlighted by a replicas of an early-day baseball game in America and artifacts used in the Meiji Era in Japan. Also shown are the records of U.S.-Japan Pro Baseball Competition since 1908. 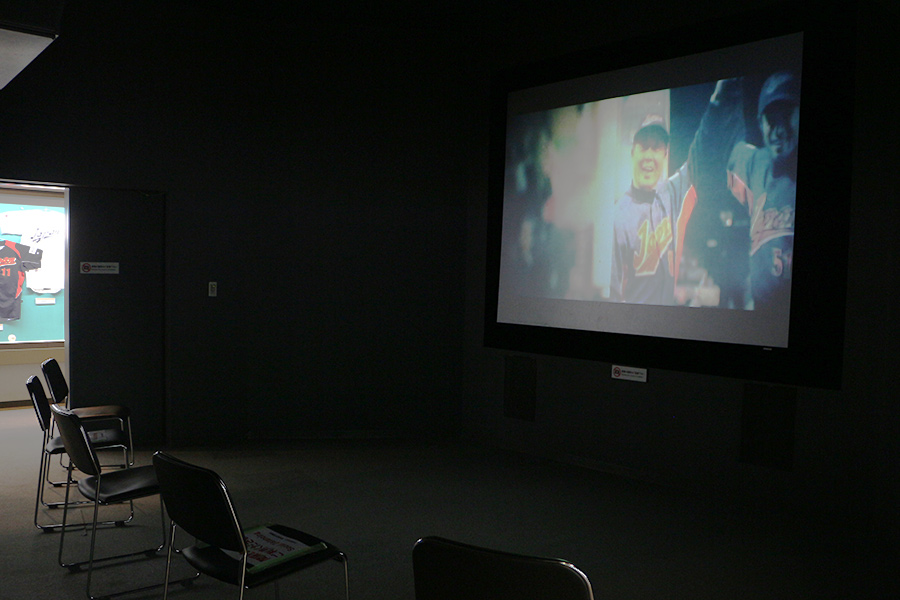 The footages of All-Star games, the Japan Series and other memorable games are always shown on the 120-inch screen. It is used for ad hoc exhibitions lasting for a limited period and other special exhibitions focusing on a particular topic on baseball. 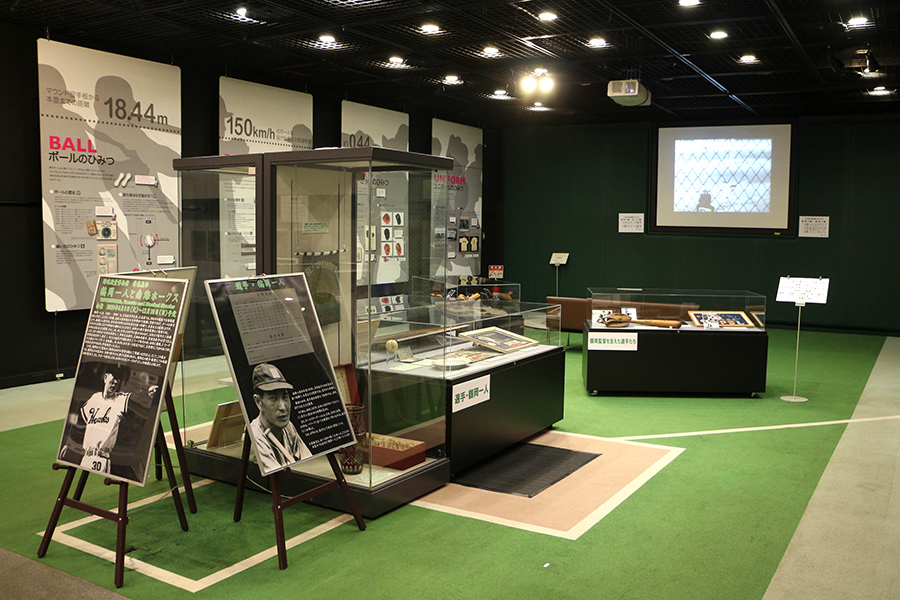 In the new Event Hall, special emphasis has been put on participation and hands-on experience on the part of the visitors, young and old, irrespective of their age or gender. 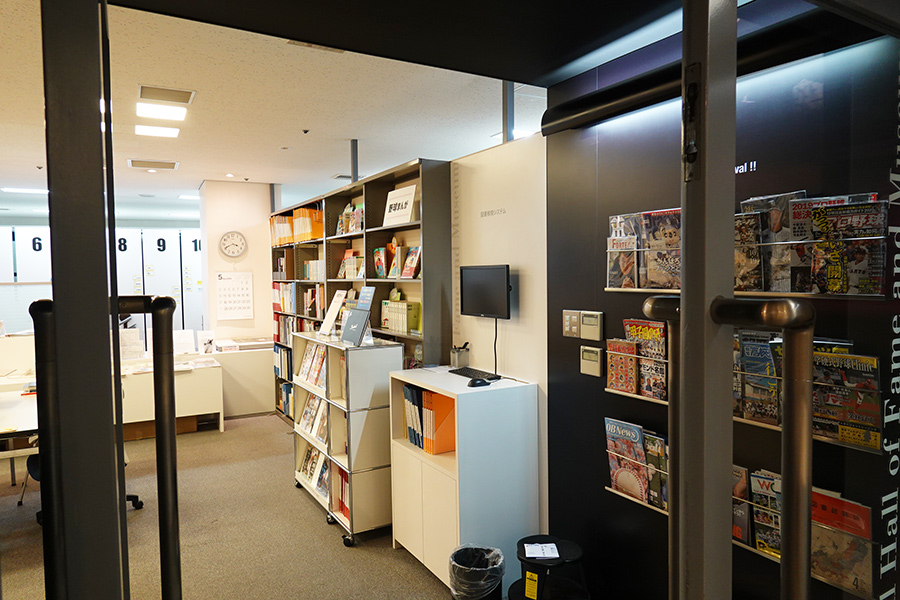 The library boasts an unrivaled number (some 50,000 items) of books, magazines, and newspapers. Advance reservations are required to use the library. For more detailed information, please see the following links here (in Japanese). 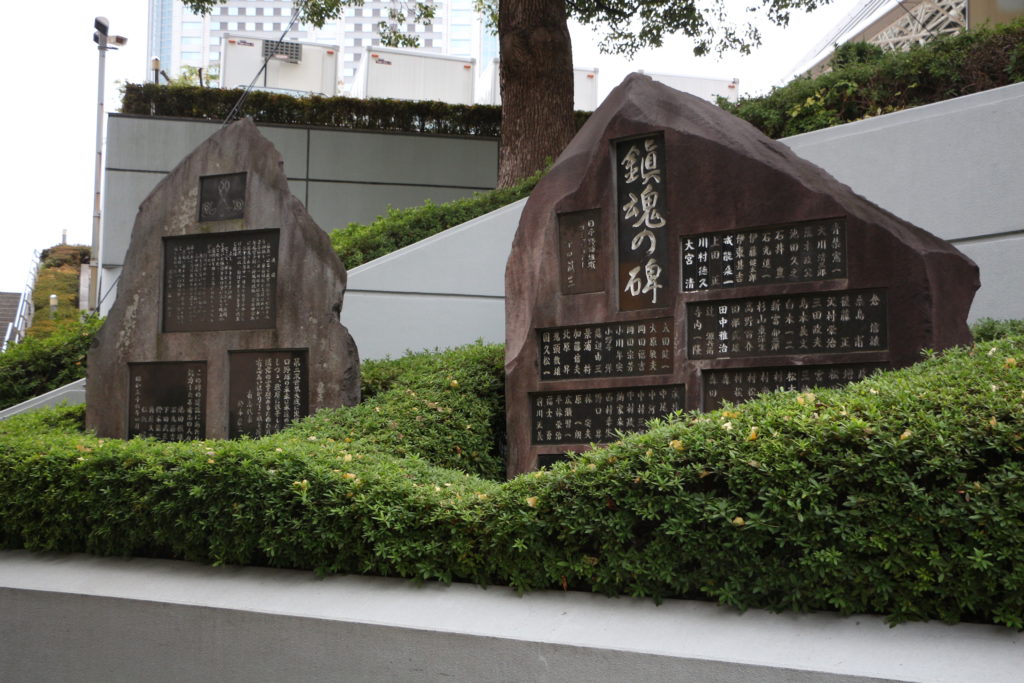 This is the monument dedicated to the memory of those baseball players who were mobilized to the front during the Second World War and unfortunately never returned.It was erected in April 1981 just by the former building of the Baseball Hall of Fame and Museum and relocated to the present site in March 1988 when the Museum moved to the present site within Tokyo Dome. 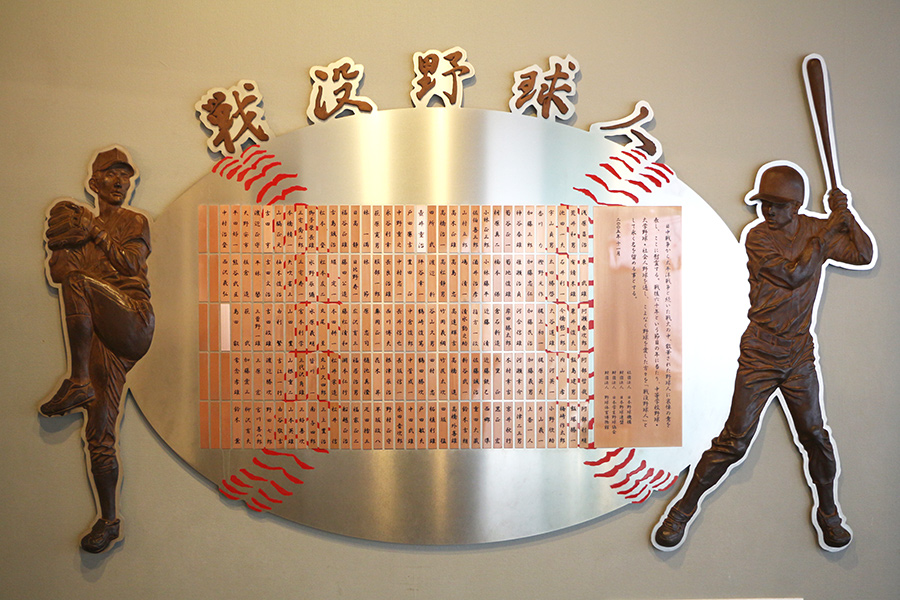 The unveiling ceremony of the monument dedicated to the memory of non-pro baseball players who were killed in the Second World War was held on Monday, November 7, 2005, at the Baseball Hall of Fame.